On our second cleanup day we managed to get a lot of rubbish out of the lake with a small but dedicated group of locals. 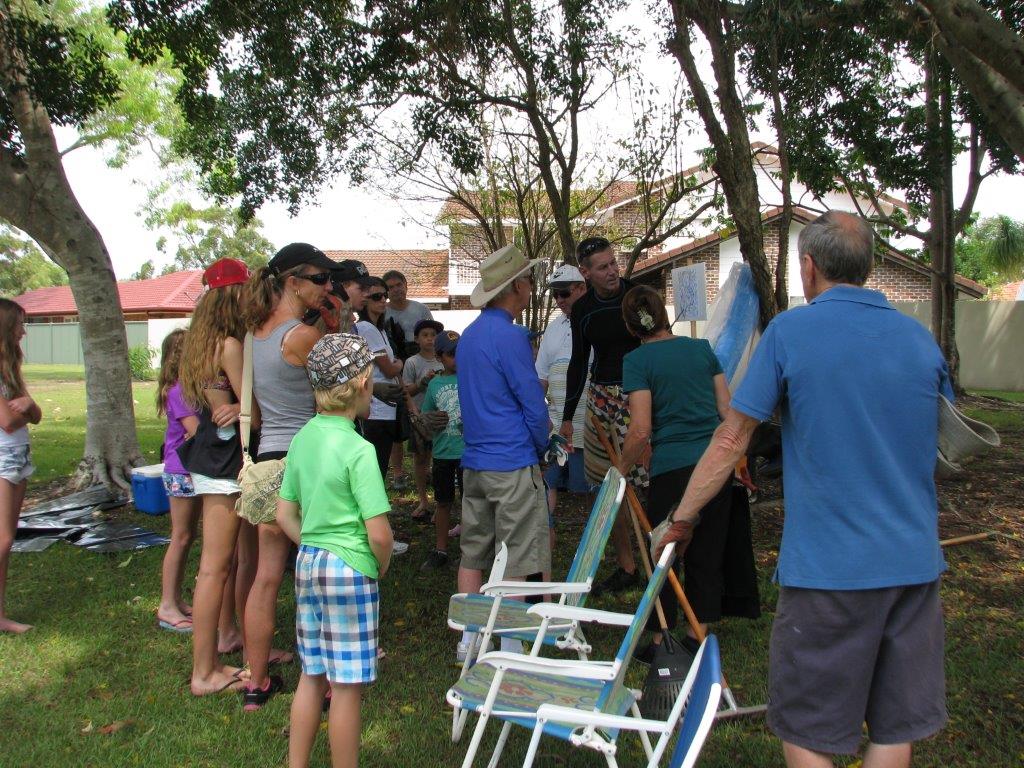 After last years BIG cleanup there was still plenty to pick up with 2 large bins full but the concensus was that there was less rubbish. A very good indication that our annual cleanup day is making a difference. 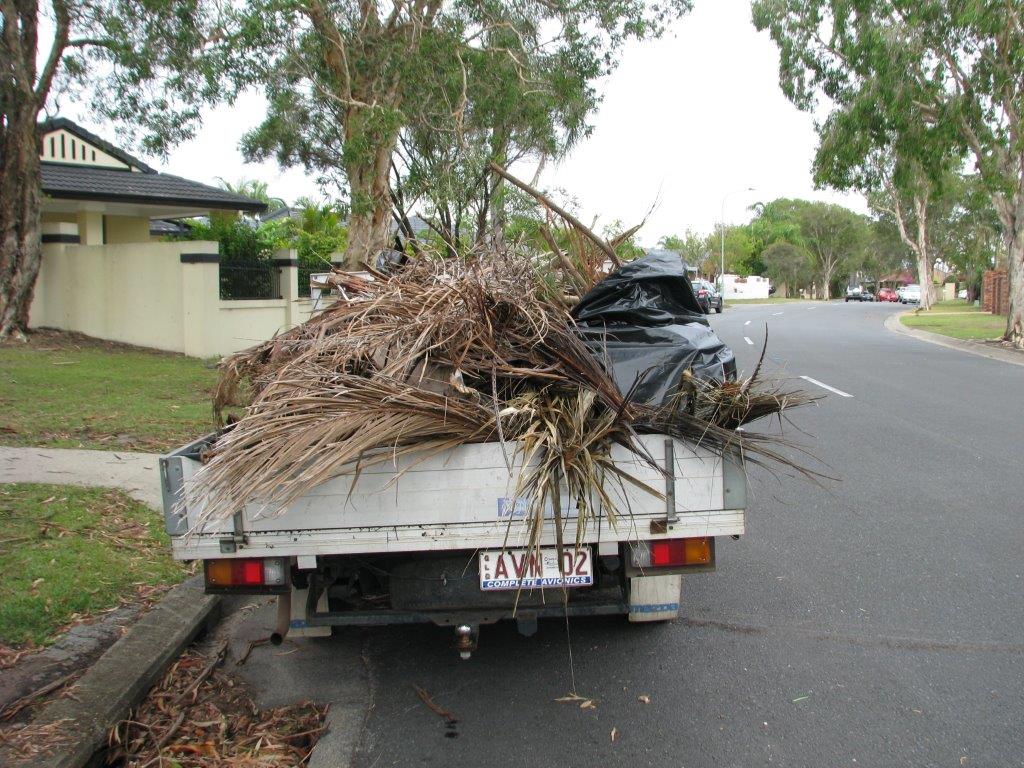 Rubbish was collected from all parks and removed from the surrounding shoreline by several boats and floats. 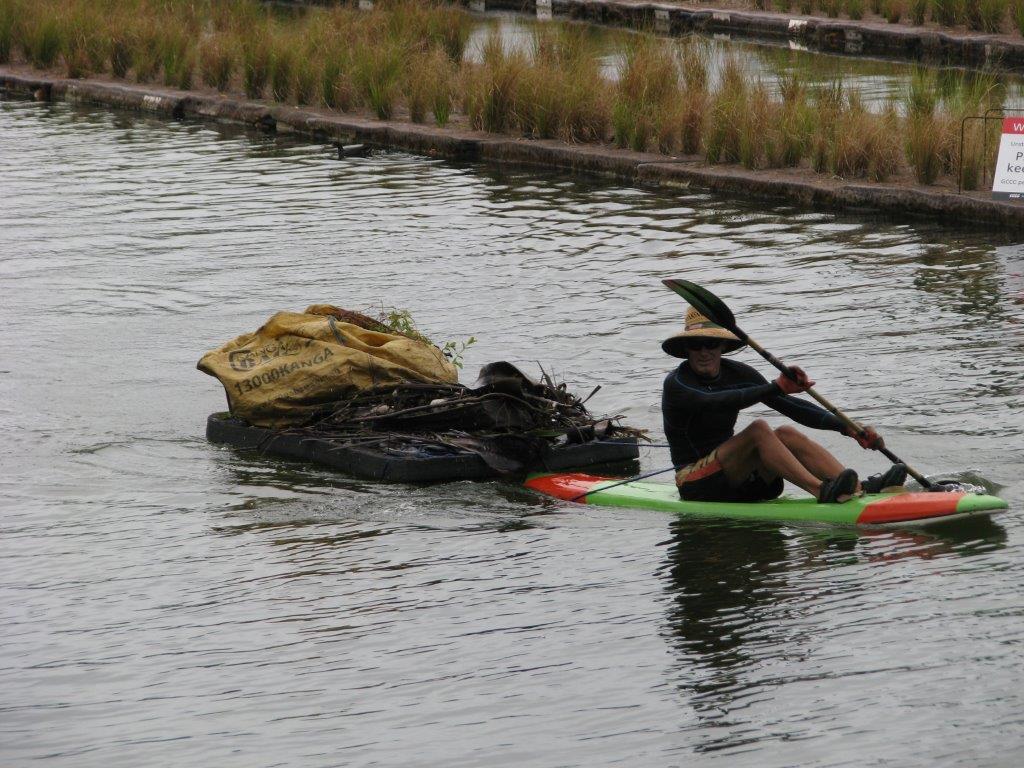 Unfortunately the weather closed in with a severe thunderstorm warning just as we were finishing the cleanup so we had to cancel the BBQ. Later we had an impromptu sausage sizzle in the evening where the raffle for the prizes was drawn. 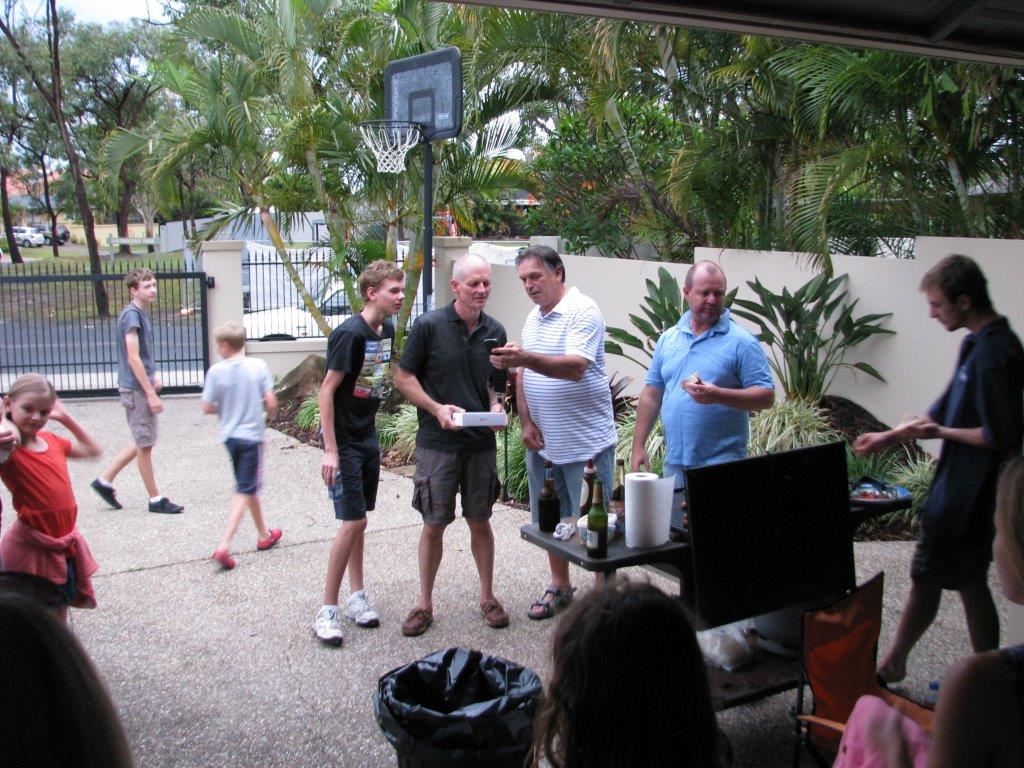 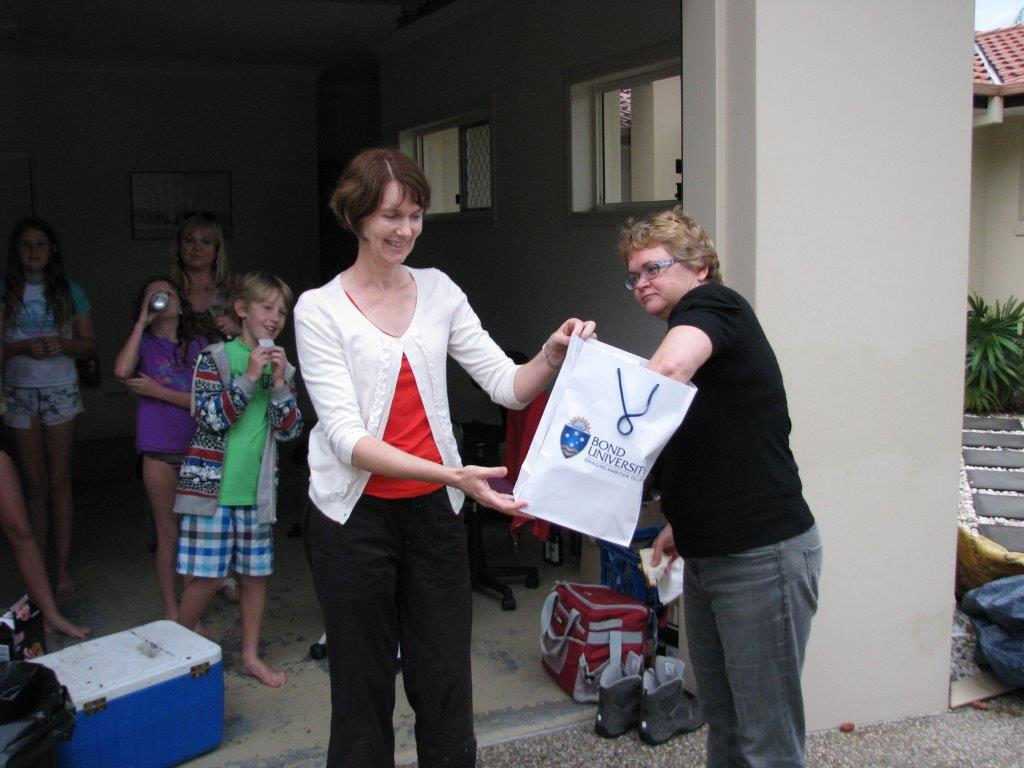 A special thanks to City of Gold Coast Catchment Management Team for making this day possible by suppling bags/gloves/bins/food and drink for the participitants.

Last but not least well done to the small band of locals who donated their valuable time to make a difference! 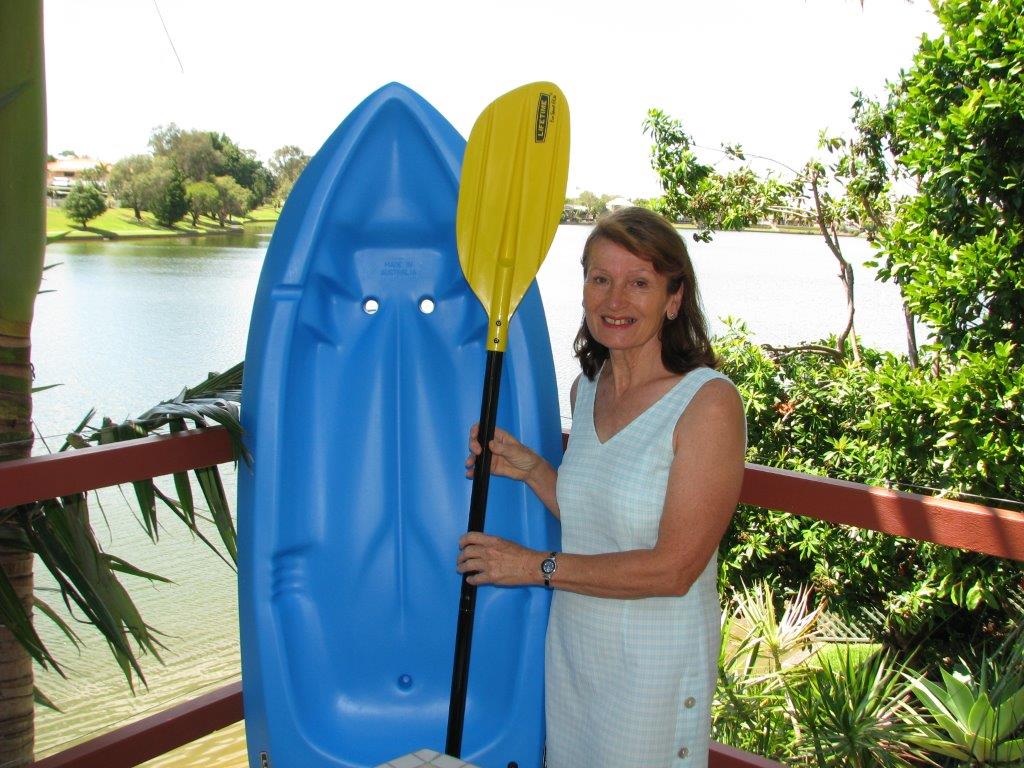 Some photos of the very hard workers below; 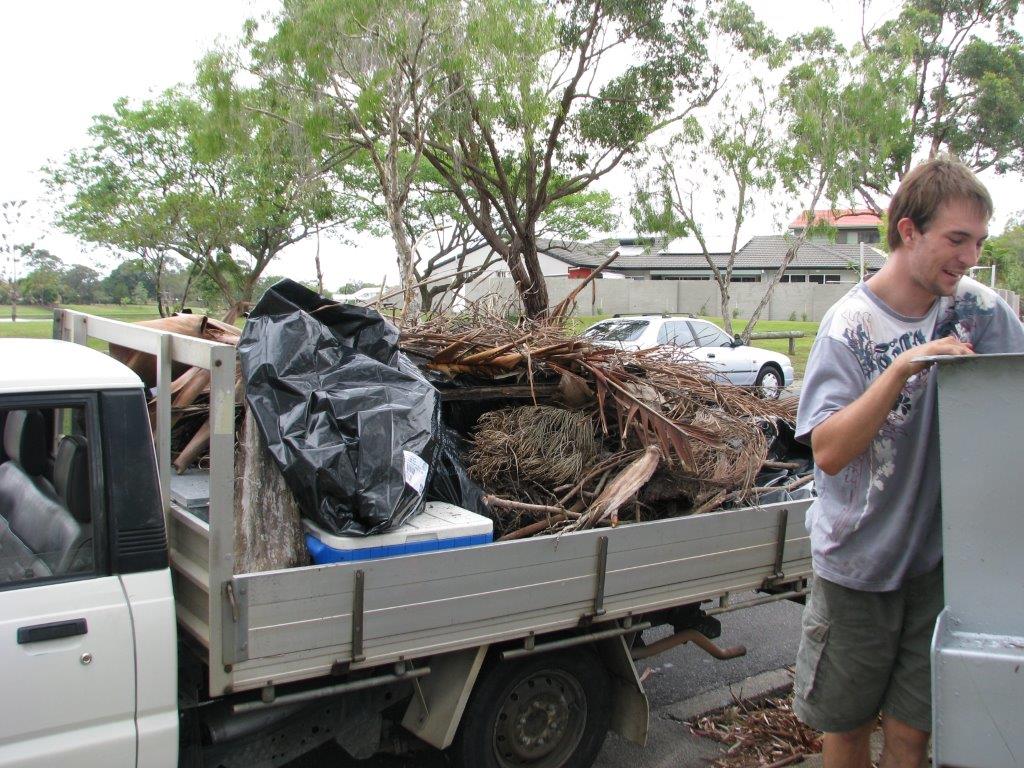 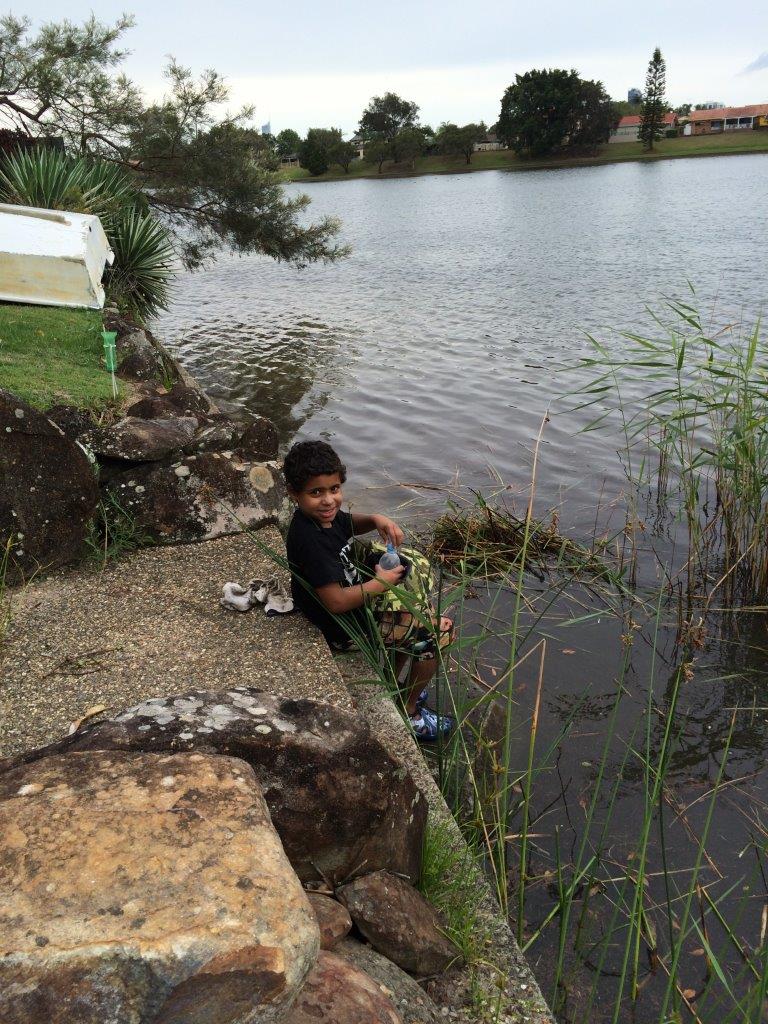 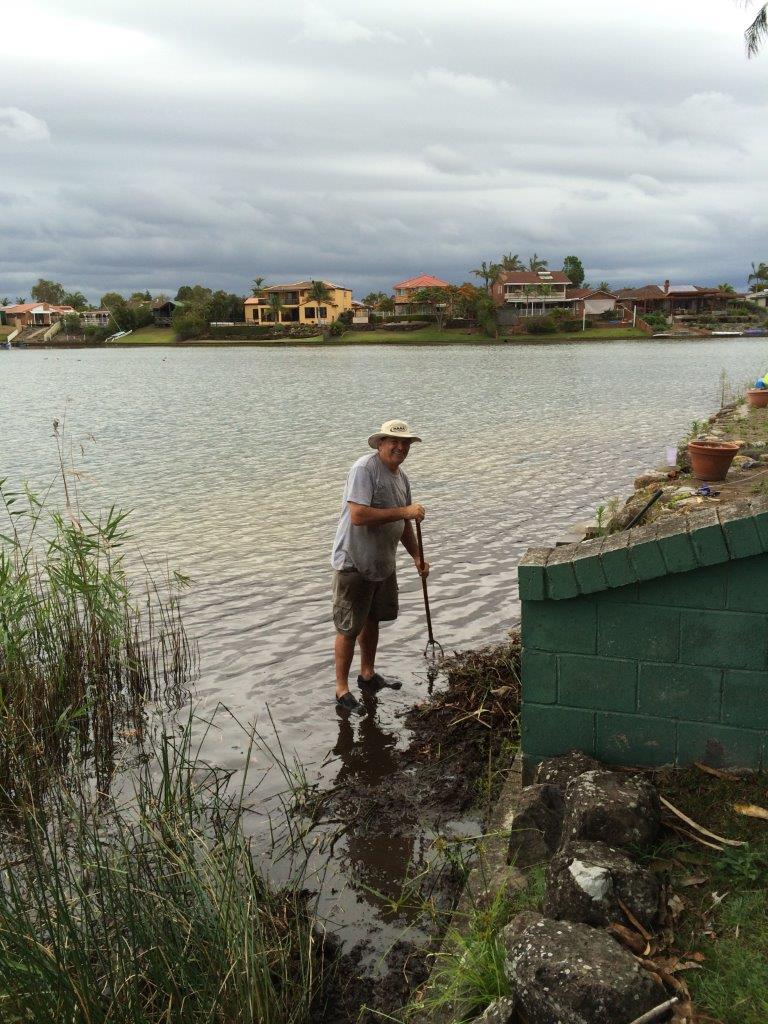 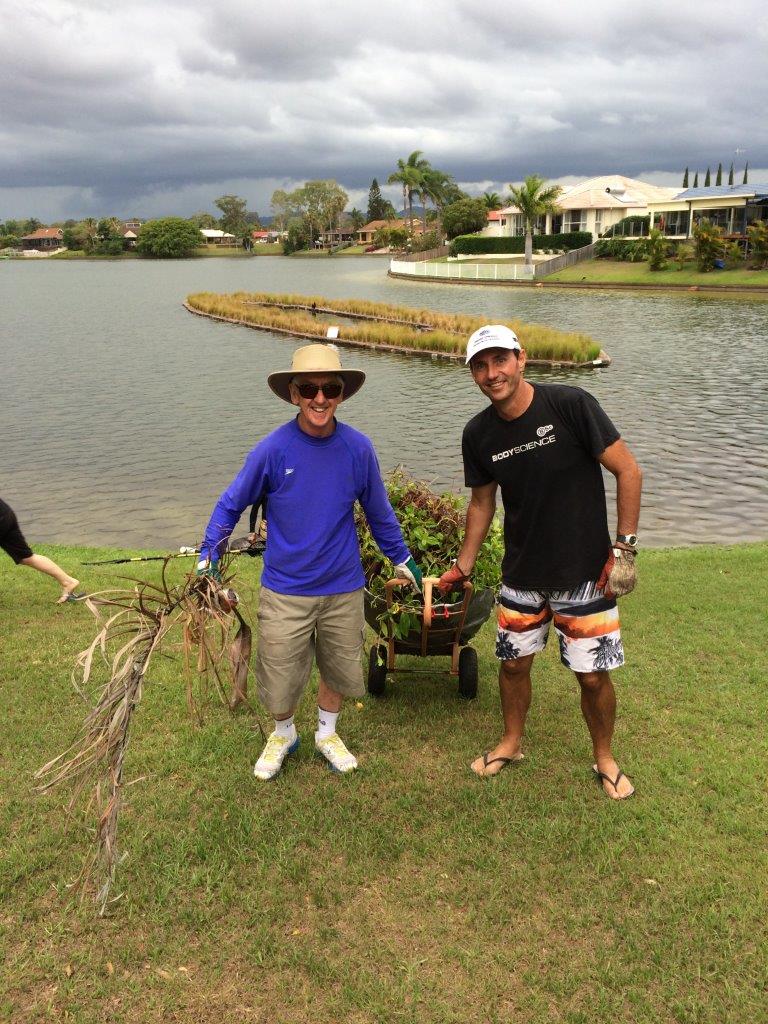 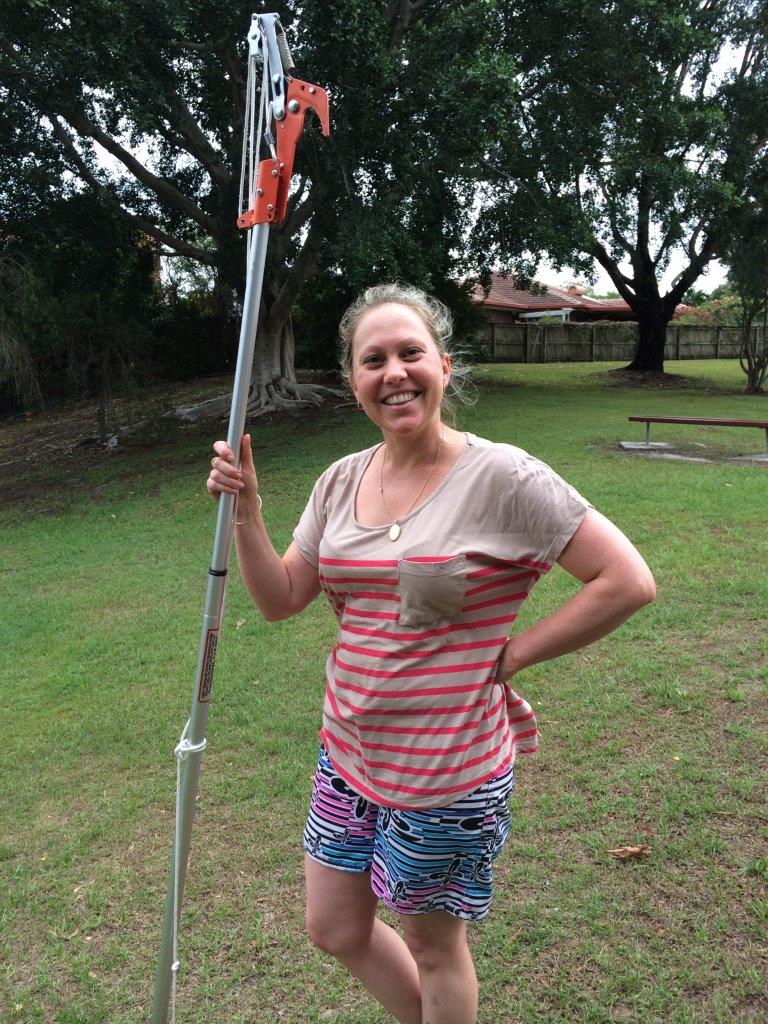 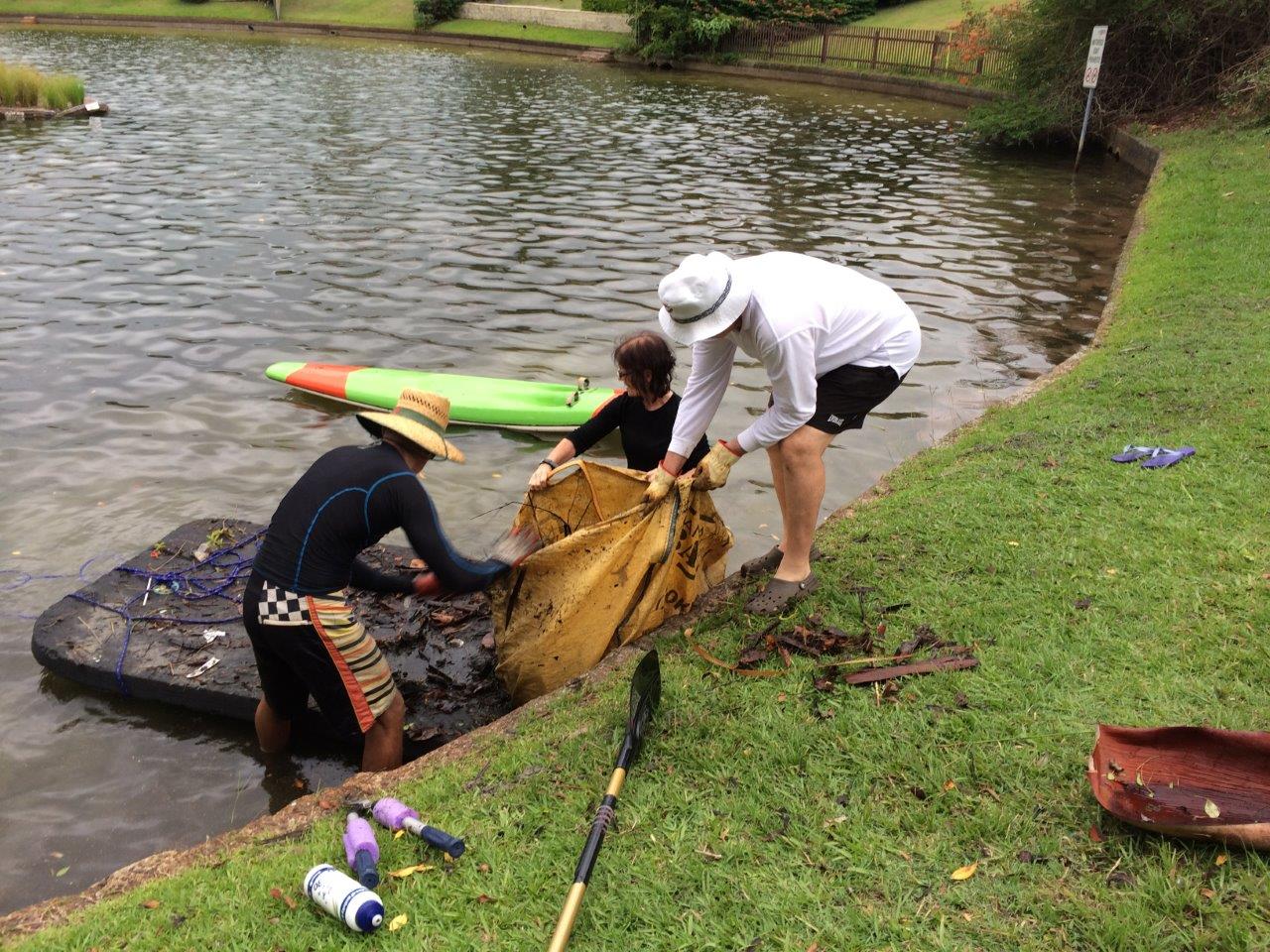 Recent water quality results have been released. These results give an up to date insight into water quality trends and some initial indications on how the reed beds are performing.

Follow the link below to the City of Gold Coast Website to view the full report. The conclusion taken from the report has been included below.

Water quality in Lake Hugh Muntz is generally good however nitrogen, ammonia and phosphorus concentrations have increased over time and a slight increase in turbidity has occurred since July 2007 (Figure 27). Water quality issues are likely to be due to the nutrient load from urban runoff and atmospheric deposition. High rainfall in recent years is expected to have contributed to the increase in nutrients with Lake Hugh Muntz. The increases in nutrients cause algal blooms, which are present in most natural systems and depend a number of factors and chemical and physical processes. Increases in nutrients may be attributed to a number of contributing factors, including but not limited to natural variation, stormwater run-off; and garden fertilisers. Since the introduction of the floating reed beds in Lake Hugh Muntz in 2012, the reed beds have been relocated twice. Further monitoring over the longer term will be needed to determine the success of the trial at managing and reducing nutrient levels within the water body. Although changes in nutrients have been observed since the instalment of the reed beds, no evidence suggest that these changes are correlated to the instalment of the floating reed beds and may be only a result of natural events and/or anthropogenic effects. 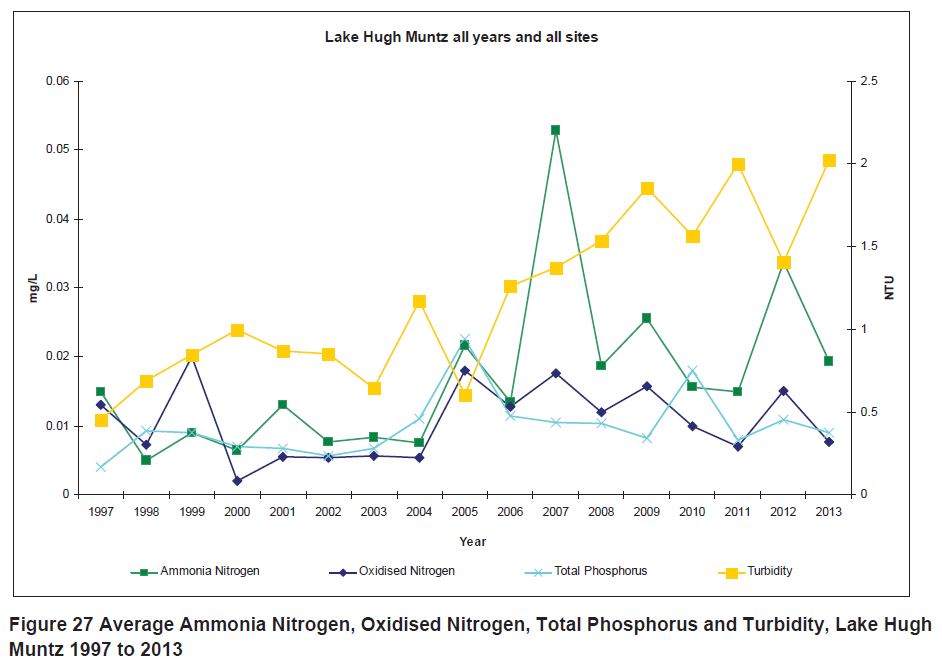