The Care Group have prepared a questionnaire that will be sent to all prospective candidates to determine their commitment to the restoration of Lake Hugh Muntz.

We will be posting responses from every candidate on our website and in social media so the voters can make an educated decision on who would be best to represent the community in relation to the restoration of LHM at the upcoming election.

We would appreciate that the general public, users and user groups share these responses on social media with their friends and user group members to raise awareness of the importance of LHM as an election issue in Division 12.

Please see link to questionnaire below;

With considerable rainfall over the past 3 weeks, the lake has received a generous top  up of fresh water from the catchment. Unfortunately, swollen waters of the canal coinciding with the highest king tide of the year has also forced considerable salt water back into the lake. The increase in salt over time has led to the significant loss of aquatic vegetation and the build-up of salt also reinforces the serious stratification.

A trial of a one way valve recommend by the care group, only costing approximately $5000 including installation, would stop salt water entering the lake. This was recommended a year and a half ago to council.

While Griffith are looking into this solution, valuable opportunities have been missed to test the effectiveness of the valve in overflow events. Had this trial been implemented sooner, further damage to the lake could have been prevented.

No one can deny the detrimental effects of lawn clippings from 12 Acres of parklands possibly flowing into the lake.
But there is a Zero cost temporary solution!

Simply by letting the grass grow as close as practical to the lake, in parklands flowing to streets and around drains can have a filtering effect. This is a temporary solution until proper planted vegetation buffers can be investigated and installed.

The Care Group would like to suggest a trial to Council but only if it has community support! It is envisaged the strip required would be approximately 1-2 m wide. The top of the grass buffer zone could be trimmed to improve the appearance. 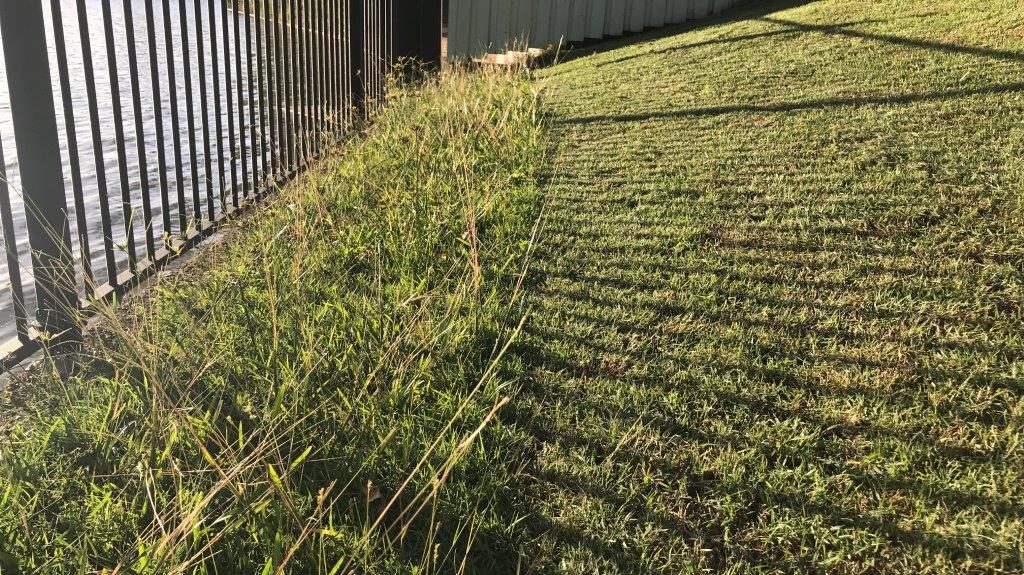 The Care Group met this week with parks officials to discuss ongoing Catchment Management issues. Problem areas were discussed with Parks advising works in 2 areas have been given a priority.

With effective treatment followed up with ongoing maintenance, these works will provide ongoing benefits into the future. The next challenge is the reduce the amount of lawn clippings entering the lake. 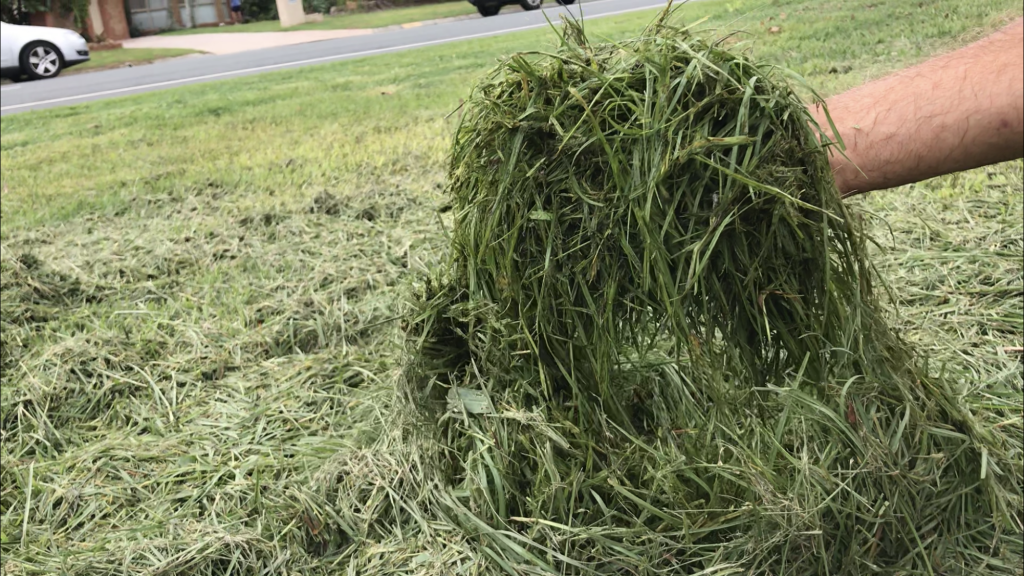 As a reminder, all residents in the catchment area need to ensure all landscaping is in good order to prevent erosion and to continue to mow with a catcher, disposing of clippings correctly.

Lake Hugh Muntz has again been closed due to high algae levels.

As this is now the 4th consecutive annual closure, clearly the lake is approaching a critical point of no return. Urgent action needs to be a priority.

The current unedited Google Earth photo highlights the appalling condition of LHM compared to other waterways.

The unchecked deterioration of the lake over many years has led to the current critical state of this once unique community asset. With the lakes ongoing poor condition, unfortunately it seems these closures will continue.

The photo below from 2012 shows how long the ongoing deterioration of the lake has been an issue, compared to other waterways.

Clearly the time has come for URGENT ACTION! 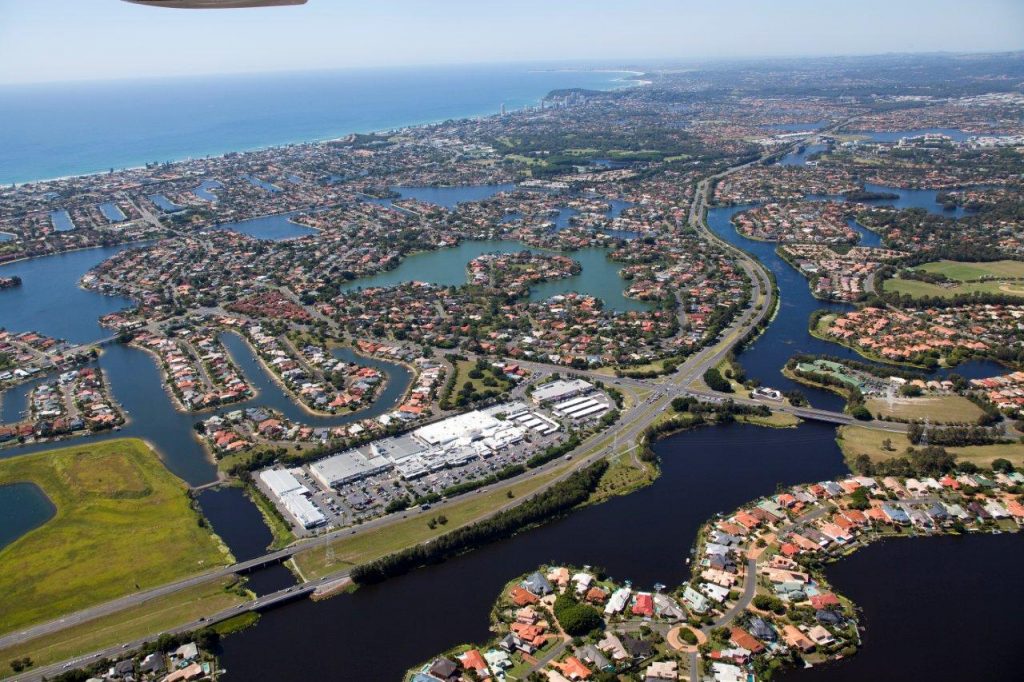 The latest water quality results show an increase in Algae levels after the weekend rain.

There are many contributing factors that can cause an increase but based on observations over the weekend, clearly ongoing Catchment Management Issues are having a negative effect on water quality. Considering many of these issues have remained unresolved for years, the question has to be asked “why hasn’t Council taken action” to reduce the negative impact of these problems?

The Care Group will continue to raise these issues and have produced a video (below)highlighting just some of the ongoing problems.

The recent downpour again highlights the ongoing problem of lawn clippings flowing directly from parks into the lake. 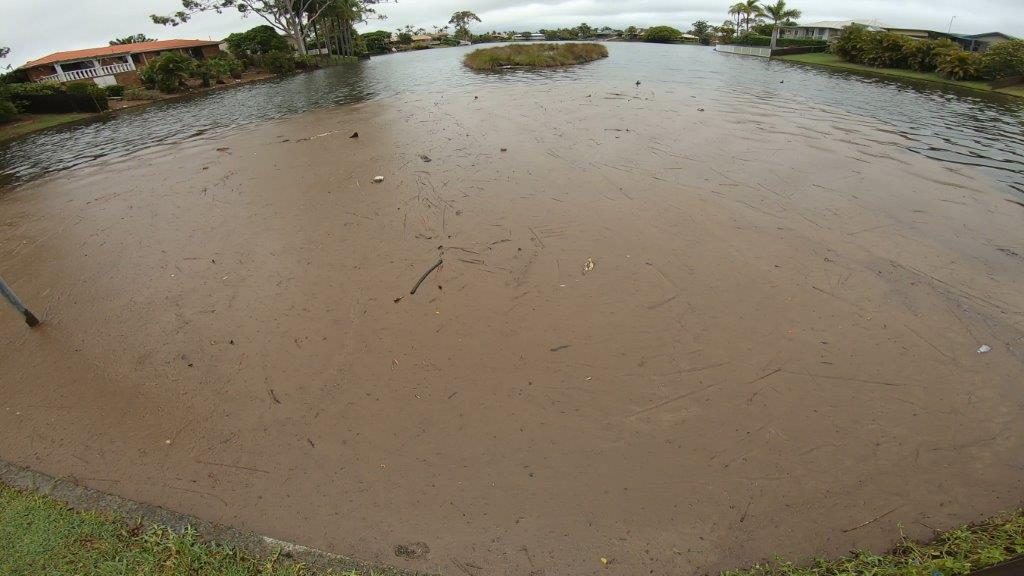 Despite numerous requests to Council to take action to reduce the inflow, no effective action has been taken. How long have we been asking? 9 long years!

In  2011, Cr Sarroff indicated in a newsletter that Council are looking into Vegetation Buffers, unfortunately we are still waiting!

Vegetation buffers strategically placed in parks and along the foreshore have the potential to slow down water flow, reduce erosion and capture clippings. It is important that both Council and residents maintain lawn in a good condition and mow with a catcher.

Check out the video below showing just a sample of clippings now polluting our lake!

3 weeks ago the Care Group requested a meeting directly with park officials due to lack of action by Engineering in addressing numerous issues raised.

In April 2019, Engineering were asked to investigate the issues highlighted in the recent rain event with a video supplied in the post Catchment Management Issues -Parks with no action.

At the Stakeholder meeting in September 2019, again issues relating to lack of even basic park maintenance were raised and ignored with no action.(further info below)

10 months on, these same issues are still causing severe problems in the current rain event. large amounts of lawn clippings and soil have ended up in the lake. It is the soil washed from the shore that adds Phosphorus to the lake waters and threatens to compromise the effect of the 100k Phoslock treatment.

Numerous large trees have  been removed from several areas around the lake. Not only have no suitable replacement trees been planted but not even basic maintenance has been carried out. large areas of bare dirt have been left exposed for months waiting for the next heavy rain. See the negative effects of erosion into the lake that could of been avoided!

Implementation of sand capping. How Long?

Griffith Report indicates monitoring effectiveness of sand before a possible Phoslock treatment. How long for monitoring?

There has been reports of 2 individuals casing or scoping waterfront properties taking photos etc from the lake side. One of the individuals was easily recognised with bleach blonde hair on the top of his head. With the low level of the lake at the moment, security on the lake side of properties is compromised. In the past, SUP’s and other water craft have also been stolen so I would suggest securing all water craft and ensure your properties are secure at all times!

If you should happen to see anyone suspicious accessing properties from the waterside  please report this to your local police station.

One important note: Council are surveying the shoreline all next week and will hopefully be wearing Council uniforms!